The Help: The Movie 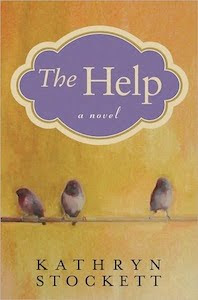 Yes, I had a few problems with the book, and you can read my comments and those of a few friends who grew up with me during that era on this blogpost about the book. One of the most telling comments I've heard, from an amazing writer whose new book about the era I truly admire? If nothing else, The Help's bestseller status has opened up a dialog on the topic that didn't exist before.
I'd second that.

But still, it's pretty exciting having a movie made right up the road a piece from my hometown (Why is it we consider the place we grew up and spent our formative years, no matter where we wander, as our hometown? There's even been a slight debate going on in our family about where your Facebook hometown should be, and we've come down solidly on the side of where we lived as kids, the place we have strongest and best memories. But that's another story..)

So from what I understand, the movie of The Help is being filmed mostly in Greenwood, Mississippi. There's a terrific independent bookstore right in the middle of town, Turnrow Books, and if you want to follow the news, follow their blog for frequent updates.

Right now, here's what I know. The movie has been cast. The director, Tate Taylor, is a friend of the author and a Mississippi native. They are scoping out the area for authentic accents and locales. (I know this because my most authentic friends have been interviewed, and they still talk just like all of us homegrown Mississippians started out talking before our accents got bastardized!)

Here's what the Turnrow Books blog says about the cast:

For those fans of the book dying to know who will play whom, we've heard a bit of casting: Emma Stone (Zombieland, Superbad) will play Skeeter, Viola Davis (an Oscar nominee for Doubt) will play Aibileen, Bryce Dallas Howard (the upcoming third Twilight movie, Eclipse) will play Hilly, and Octavia Spencer, who toured and read with Stockett during her initial book tour, is rumored to be playing Minny.

I think most of this has now been verified by DreamWorks.
Stay tuned for updates.
Posted by Augusta Scattergood at 11:41 AM

Email ThisBlogThis!Share to TwitterShare to FacebookShare to Pinterest
Labels: The Help

What fun! You should go hang out -- see if you can get in the movie...

Hi, Gusty! I just finished the Help last weekend and passed it along to a friend (I like to cycle books in and out of the house). I wondered why Hilly was painted to be so malicious, and hoped that would be explained/resolved in the end, but it wasn't. Other than that, I found the book engrossing.
Ruth

Lee-I think I've lived in New Jersey too long to qualify as a local in the movie!

And Ruth, yes, I agree. There were a few characters which didn't ring true, but I know the book is tremendously popular and suspect the movie will be too.

The writing in The Help is fantastic. Turning it into a movie is another matter.
Having grown up in the Delta and had Help in our home before and during the era of the book, I am very uneasy with some of the book's characters. In addition, I fear the complexity of the relationships will be distorted and the white women be portrayed in a very bad light. Scottie Davis

Thanks for your comments!
Check out today's blog post for my notes from her fundraiser this week.