For those of you who might not know how the editing process goes (I sure didn't!), I'll tell you what I'm doing to my new novel right now. Novel-to-be. Coming, January, 2015.

We've been through copyediting. That was about a month or two ago. Time flies.

During that stage of the process, I changed sentences, checked time frames, made sure my characters' names, hair colors, etc, were consistent. Answered all the copyeditor's questions. There were a few. Okay more than a few.

If you’ve ever stood outside a Krispy Kreme waiting for the flashing red light or driven across two counties to pick up a dozen Shipleys, then this fourth addition to John T. Edge’s American food series is for you. He started with fried chicken, then added apple pie and hamburgers. What could be better than topping it off with a quick dozen donuts or two?

As he combs the country in search of donut history, Edge shows us why he’s one of our best food writers. He ferrets out the corner mom and pop operations and digs into the reasons they stay in business (or not). He doesn’t just slosh through old newspapers yellowing in libraries or crisp microfilmed magazine covers to research food history. His research includes eating his way through sugar-coated donuts (or a slugburger or chicken fried in almost anything).

But we’re glad this time he chose to shed a little light on donuts. Otherwise we’d never know about the Salvation Army’s public relations coup in the First World War. As their Lassies fried donuts in a helmet, or perhaps a galvanized trash can, the mission was to help the troops feel more at home. Their doughnuts (the spelling has only recently been shortened) were made from excess rations and whatever the ladies had on hand, and after the War American soldiers returned home hankering for more. According to Edge’s research, so many planned to open donut shops that the military published a book on the subject.

My early donut memories include the superbly fat-ladened Donut Sundae at the Old Goose at M.S.C.W. (glazed yeast donut, vanilla ice cream, hot fudge sauce), selling boxes of Shipley donuts to benefit my Girl Scout troop, and standing over boiling hot oil waiting for homemade donuts in my mother’s kitchen. Perhaps. like Edge, Homer Price— that curious character from Robert McCloskey’s book--  made you laugh out loud in fifth grade with his donut machine gone awry. Whatever your attachment to donuts, John T. Edge has you covered.

Don’t skip the chapter, or maybe even a trip, to Westport, Massachusetts, where he tempts us with a cinnamon sugar-dusted cake donut, then segueways into a chocolate-glazed yeast. But Edge is after the big prize here- the proprietor’s famous “Long John.”  As with other local donut shops, Butler’s Colonial Donut House has a following that required a visit and a taste. “Rich…sprightly with berries, swaddled in dairy,” the Long John is shaped like a hotdog bun turned on its side and does not disappoint. John T. Edge’s description makes you want to jump in the car and head for Massachusetts. Or in a pinch, the closest Dunkin’ Donuts.

(Sorry about the picture, Mr. Edge. I'm sure you'd never use a DD photo, but you have to admit, it does add a spice of color...)

Posted by Augusta Scattergood at 7:27 AM 2 comments: 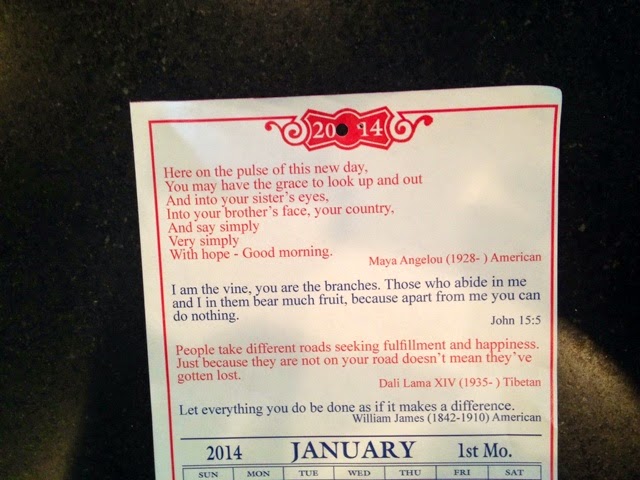 Posted by Augusta Scattergood at 7:43 PM No comments: